The University of South Carolina honors the life of civil rights leader Martin Luther King Jr. with an annual series of service-focused activities and events.

In January 1983, the university's Black Alumni Caucus sponsored the first university program. The group continued to sponsor the event, held in Rutledge Chapel, until 1986. In 1986, the program was expanded and moved to the Russell House Ballroom featuring King’s daughter, Yolanda King, as keynote speaker. In 1999 then-President John M. Palms canceled classes and declared the day a university-wide day of service. That tradition continues today.

Days of Service and Reflection

More than 30 years later the Rutledge Chapel service has grown into a major university tradition with a wide-ranging week of activities. In 2019, the celebration included the university’s annual Social Justice Awards; a film screening and panel discussion; a commemorative breakfast; a day of community-based service; and, a fine arts-centered celebration. Various university programs and offices complement the university’s commemoration with a variety of events in connection with the MLK holiday.

One highlight of the week is the announcement of the university's annual Social Justice Awards. The awards recognize individuals who exemplify the philosophies of King through random or ongoing acts of community service, social justice or racial reconciliation. Nominate a student, faculty or staff member for the 2021 awards by November 9.

The following recipients were nominated and recognized by their peers as leaders in social justice. 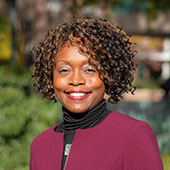 Cook is an associate professor in the College of Education and program coordinator for secondary social studies. A scholar activist, her work centers around dismantling inequitable systemic structures and empowering marginalized communities to realize their vision for education. Cook's research explores narratives of black educators, public policy on community engagement and student access to rigorous curricula — a critical component to eliminate racial and economic gaps in student achievement. She has also served on numerous boards for community, university and professional organizations, including as president of the Critical Race Studies in Education Association, and was recently appointed to the South Carolina Advisory Committee of the U.S. Commission on Civil Rights. 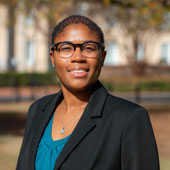 Drawing on personal experiences, Haynes, assistant director of the Center for Teaching Excellence, advocates for two often invisible populations: first-generation college students and people with speech impediments. In conversations at the university, she offers perspective about the social and economic inequalities that first-generation students face and shares strategies for supporting them. She also established a scholarship fund for first-generation/low-income students to help break down financial barriers to education. Aiming to raise awareness about speech disorders, she partnered to bring a film about the psychological impact of stuttering to campus, and serves as a role model by discussing her stuttering in public remarks. 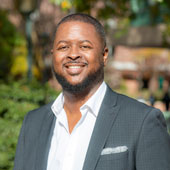 Platt is an associate professor in the College of Education and is associate director of the Center for Innovation in Higher Education. His professional life is framed by his commitment to drive greater understanding of civil rights issues in education and equip future teachers and scholars to make meaningful change. At the university, Platt has created new courses to push students’ critical thinking about equity and has written articles and book chapters on underrepresented populations. As a mentor, he has supported countless graduate students and junior faculty members, many of color, directly contributing to increasing faculty diversity. He co-founded the Critical Race Theory Summer Institute and serves as a faculty affiliate for the Center for Excellence and Equity for African American Students at South Carolina. 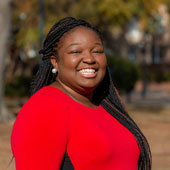 Samuel, a senior majoring in early childhood education with special education certification, is a role model who promotes equity and inclusiveness with peers and students. As vice president of the College of Education’s student organization Race, Equity and Advocacy in Childhood, she creates a safe, family-like space for open, confidential dialogue to promote reconciliation. Inspired by a trip to Tanzania, she teaches her students to learn from each other and appreciate uniqueness. As a student teacher in an urban setting with many Spanish-speaking students, Samuel created a unit about the brilliance of being multilingual to validate her students and combat negative stereotypes about immigrants. She is also active in campus community service activities that support lower-income families. 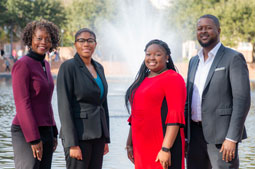 We sat down with last year's winners to discuss their individual causes and why social justice matters in the university community.